An adrenaline-fueled challenge for survival. A dark and lethal game for strong hearts able to resist extreme emotions. 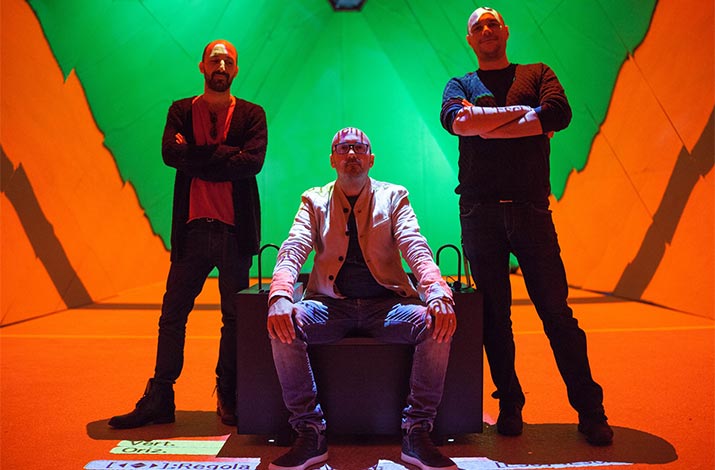 The magic of cinema lies in its ability to be able to transform reality. This is what happened in the galleries of Piedicastello, in Trento, where the lighting design and videomapping merged to become scenography.

The main scene of the film was shot in the Piè di Castello (TN) galleries. Inside, two triangle-shaped mirrors have been placed, joined by a mounted American, to which 5 projectors have been hooked in a vertical position.

Directed by Jacopo Rondinelli and the production of Lucky Red and TIMvision: an Italian film that refers the viewer to Hollywood action movies.

In collaboration with Giacomo de Luca

In collaboration with Giacomo de Luca